78 Children Freed Thanks to Schools Not Slavery Supporters

78 girls and boys were freed from household slavery in the school year that just ended, thanks to the generous support of Schools Not Slavery donors. Because of their care and concern, vulnerable children like Chinosda, an 11-year-old girl from the community of Debalen, are safe and free, back home with their families. 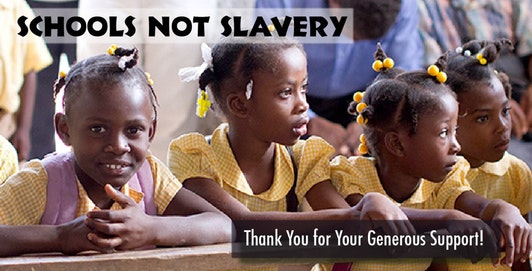 Beyond Borders’ Freda Catheus, who leads the
Schools Not Slavery initiative on the island of Lagonav, documented these results after interviewing leaders in the nine communities and 35 schools where we work.

Schools Not Slavery supporters also helped the very poorest families find the means to provide for the children they brought home and enroll them in a quality school.

Rural parents who send their children away only make the agonizing decision to do so when they can’t afford to feed, clothe and educate them. In sending their daughters and sons away to live with and work for others, parents hope their children will be well cared for and sent to school. Unfortunately, that isn’t the case for many boys and girls. 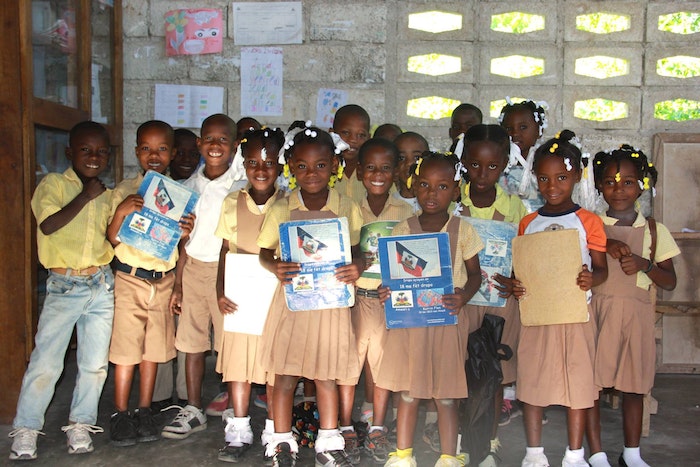 Nearly a quarter million of those children sent away end up enslaved. Forced to work from before sunup to after sundown, they are often physically and emotionally abused and sent to either inferior schools or no school at all.

But with the generous support of donors who care, Schools Not Slavery is educating parents about the dangers of sending their children away and helping those parents who’ve already sent children away to bring them home, feed and clothe them, and get them enrolled in a quality school.

Below is Freda’s report on the 78 girls and boys brought home this school year thanks to Schools Not Slavery donors, along with an interactive Google Map showing the location of all nine communities on the island of Lagonav where children returned home.

We are grateful for the generosity and care and concern that Schools Not Slavery supporters have for girls and boys in Haiti. Their support is making a tremendous difference in the lives of some of our world’s most vulnerable children.